On National Housing Day – Wednesday, November 22 – the federal government released the details of its National Housing Strategy, which it first introduced in the federal budget. Dubbed a “once-in-a-lifetime” initiative, the strategy is built around a 10-year timeline and a $40-billion investment intended to improve Canadians’ access to affordable housing. The strategy is designed to support the most vulnerable, including “seniors, Indigenous Peoples, survivors of family violence, people with disabilities, refugees, veterans, and those grappling with homelessness.”

The strategy was unveiled in Toronto by Prime Minister Justin Trudeau, who said it was a vision to “reduce homelessness, support community housing and shelter spaces, and address challenges of housing affordability.”

Families, Children and Social Development Minister Jean-Yves Duclos made the announcement in Vancouver, stating it will “promote diverse communities and will build housing that is sustainable, accessible, mixed-income and mixed-use that will be located near transit, work and public services.”

The $40-billion spend will be split into several initiatives including:

$15.9 billion for the National Housing Co-Investment
$4 billion for the Canada Housing Benefit, which will provide an estimated $2,500 to 300,000 low-income households, to be launched in 2020
$2.2 billion for the Homeless Partnering Strategy
$9.1 billion for Community Housing Initiatives
$2.5 billion for a federal-provincial-territorial housing partnership fund
$9.8 billion for existing agreements
Under the strategy, 100,000 new affordable units will be built across the country, and 300,000 existing units will receive renovations. It will also remove 530,000 households from housing need which, according to the Canada Mortgage and Housing Corporation, 1.7 million are currently classified as.

The measures will protect 385,000 households from losing affordable housing, with another 50,000 to benefit from expanded community housing initiatives. They also aim to alleviate pressure on the organizations that serve the homeless, with a 50-per-cent reduction in the number of chronically homeless shelter users. A quarter of all spend will be allocated to specifically support housing for women and girls, including victims of domestic violence.

New legislation to enforce the strategy will be introduced in 2018, along with the appointment of a Federal Housing Advocate (which will make recommendations to reduce barriers to housing to the CMHC), as well as a New Housing Council.

As Vancouver officially passes new Airbnb rules, Toronto’s city councillors are mulling over the same, convening last Thursday to debate the particulars of how to regulate and enforce short-term rentals in the city.

Following in the west coast city’s footsteps, the current proposal would formally legalize short-term rentals, but would also introduce a number of restrictions including limiting them to principal residences and effectively banning basement suites and laneway housing from the platform.

Toronto Airbnb hosts will be required to get a licence, for which they must prove they live at the listing’s address. The maximum length of time for those renting their entire home via the online platform would be capped at 180 days. Those renting out only a portion of their home – such as a spare bedroom – while they reside in the unit would not be capped.

The City will also require Airbnb to pay a one-time fee of $5,000 to operate in Toronto, as well as a $1-per-day-per-rental tax.

While not yet passed into the law, the regulations have drawn criticism for being both too strict and too loose. Some councillors have taken particular issue with the host declaration process, arguing more should be done by authorities to verify their identify and home’s status.

Removing legal secondary suites from eligibility has also struck a chord, drawing arguments that it will limit affordability for homeowners who rely on short term rentals to make ends meet. However, as is the case in Vancouver, secondary units have been left off the menu to make way for longer-term leases in a market where rental vacancies are at an all-time low.

The Toronto Real Estate Board also weighed in, submitting formal comments on the proposal to city council. While TREB generally supports the concept of homeowners benefiting from the sharing economy, they cited concerns of Airbnb’s impact on affordable housing, as well as “other unintended consequences such as impacts on surrounding property owners and / or tenants.”

“The supply of affordable housing in Toronto and across the GTA is one of the most significant issues facing our region,” stated Tim Syrianos, TREB’s president. “Municipal decision makers must consider this priority when reviewing potential regulation of short-term rental housing. The city’s proposal to limit short-term rental housing to a principal residence is an interesting approach that deserves consideration.”

Luxury Condos on the Rise

Recent measures to cool prices in Canada’s largest housing markets have yet to make a dent in the luxury home segment, reveal the latest data from Re/Max; this is especially evident in the Greater Toronto Area, where luxury sales rose 30 per cent in the first seven months of the year.

Luxury condos are leading the boost in high-end Toronto home sales, up a whopping 85 per cent. However, the increase isn’t just due to more demand for high end units – rather, overall market prices have appreciated to the extent that more units are being classified in a higher-priced threshold. This is due to limited supply, says Re/Max, combined with competing demand from downsizers cashing out of their larger homes, and first-time buyers whose affordability limits them to high-rise living.

“The price appreciation across the market was a strong motivator for many baby boomers to sell their homes and use the equity to downsize to luxury condo units,” states the report.

By contrast, detached home sales rose 25 per cent in Toronto during the first seven months of the year. And, while that activity has been dampened since the introduction of the Ontario Fair Housing Plan, the report states it’s too soon to tell if the downturn will be sustained.

“The market continues to adjust to the introduction of the Ontario government’s Fair Housing Plan and the long-term impact has yet to be determined,” it states, adding that while the foreign buyer tax included in the measures has indeed slowed overseas demand in the GTA, it “did not significantly curb activity in the region’s luxury market.”

Re/Max also reports the segment of homes priced over $3 million saw the largest increase in true high-end demand. Oakville was a particular standout, continuing to see “tremendous growth” with sales of properties between $2.5 million and $3 million up 112 per cent year over year, due to the market’s proximity to Toronto and abundance of good schools.

Victoria is also experiencing noteworthy activity, with demand supported by its strong local economy, a temperate climate and high quality of life, with sales of homes over the $1-million price point up 10 per cent from last year.

Toronto Houses Too Expensive – Even for Developers

Steep land prices have made it challenging for developers to not only manage their low-rise construction costs, but to also price them within the realm of affordability for most buyers – a double-sided blow to their profit margins, and a contributor to the region’s chronically low housing supply.

According to new research from Altus Group Ltd., land prices have tripled in the city over the past five years, now accounting for half the price of a newly-built home compared to just a third in 2011. Developers also argue there’s a lack of developable land in the province, as a result of the Ontario Places to Grow Act.

In an interview with Bloomberg News, Matthew Cory, a principal from development firm Given Parsons, says it’s a dual issue of scarce land supply and approval red tape. “There’s just no land for development. And the pieces that are available are struggling to get to development because of lengthy and complicated processes,” he said.

Other market factors are also reducing the number of prospective new house buyers, such as pending new mortgage qualification rules, which require all borrowers of new mortgages to pass a stress test regardless of their down payment size.

This has already led to a decrease in new homes built compared to last year. According to the Building Industry and Land Development Association (BILD), there were only 352 sales in September, which less than a third year over year, with 13 per cent fewer to come in 2019 than in 2017.

The practice of selling on assignment – also referred to as “paper flipping” – refers to a type of real estate investment where a purchaser buys a home still in the pre-construction stage and sells it for profit before it’s physically built. As a unit can be sold on assignment numerous times before its completion – with the price increasing each time – this investment method catches flack for speculatively pushing real estate prices higher in Canada’s hottest markets.

However, in Vancouver selling on assignment may also offer a loophole to the city’s 15-per-cent foreign buyer tax. The tax is triggered once a land title on a property is registered, but because pre-construction unit titles are only registered once the unit is complete, offshore buyers can flip their purchases for profit without detection.

Local Vancouver agents say this has led to booming foreign demand for pre-construction units, with investors cashing out on rapidly appreciating condo prices. “The pace of sales right now is like nothing I’ve ever seen before and I’ve been in the industry 10 years,” Vancouver agent Amar Pal told Reuters.

While preconstruction sales numbers aren’t officially collected by governments or real estate boards, data sourced by think thank Urban Analytics and given to Reuters reveal they’ve doubled in Vancouver since 2015. The BC government has since announced it is introducing new policies to head off such loopholes when enforcing the foreign buyer tax.

Paper flipping is also under tight scrutiny in Ontario, as it’s listed among the factors contributing to skyrocketing prices in the GTA and Golden Horseshoe housing markets, even prompting provincial Finance Minister Charles Sousa to refer to such sellers as “property scalpers”.

The Canada Revenue Agency is also looking to crack down on a national scale – the tax agency recently demanded the sales records of 2,800 sold units from 44 Toronto-area developers to assess whether sellers are skirting taxes owed on any capital gains, with plans to subject Vancouver developers to the same in the future.

Shatner called Lamb’s project out on Twitter, stating he had never been informed or given permission to be utilized in the condo’s marketing, which includes a hand-drawn caricature of his face. As of press time, all celebrity images and references had been removed from the development’s site, and there’s no word yet if the other celebrities used will pursue the issue – we pity the fool who tries to pull a fast one on Mr. T!

The town of Smooth Rocks, located just north of Timmins, was looking to kick start its economic recovery plan following the closure of the local pulp and paper mill, but it faced a problem – a surge of new residents would be needed to make its plan viable.

To spur the necessary migration, the town kicked off its ingenious “Near North, Near Perfect” campaign, with the municipality offering 15 land parcels at an unbelievable 90-per-cent discount, with some properties listed for as little as $500.

The bargain-basement deal worked, drawing attention from prospective buyers as far away as Australia and China, reports the Toronto Star, and luring hundreds of visitors to the town.

While those initial land plots were purchased within the first week by a developer, another round of ultra-cheap land will be up for grabs again at the end of November, which is sure to prompt hordes of priced-out renters to pack up for a northern-bound road trip. Proceeds from the sales are slated for a number of town improvement projects such as waterfront development, new schools, and small businesses. 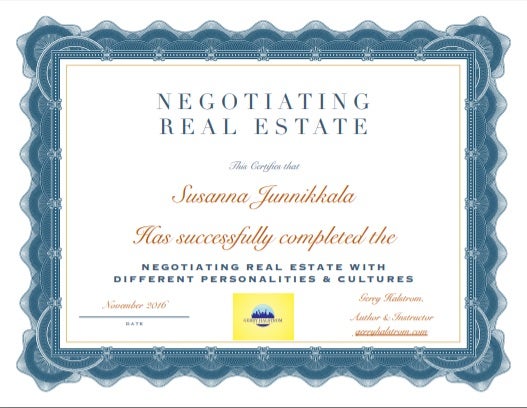